Years ago my car broke down when I was far from home, and I bought an old 55 Chevy to get me back. What a car – all I have left of it is the hood ornament, but I’ve had a soft spot in my heart for the 55 Chevy ever since. I cruised around the local annual car show today till I found one -with that great airplane riding the hood. 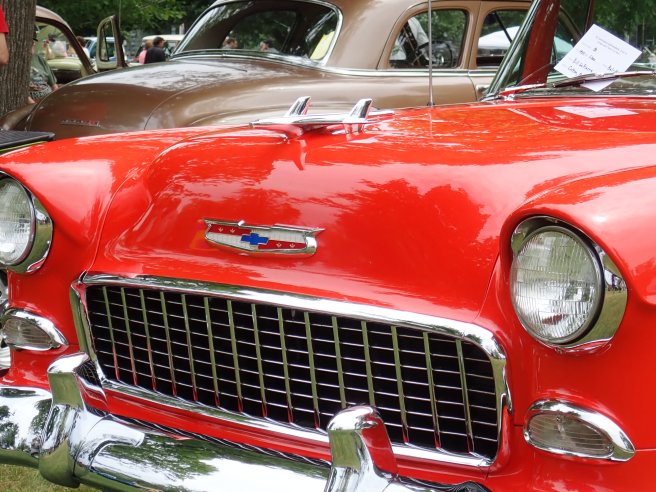 Of course, there were many, many pretty cars to see today. The way they are lined up, sometimes the best photo ops at car shows are the rear end shots . . .

And sometimes the line up makes for quirky, fun match ups. I like to think of these two at a stop light together, revving engines . . . 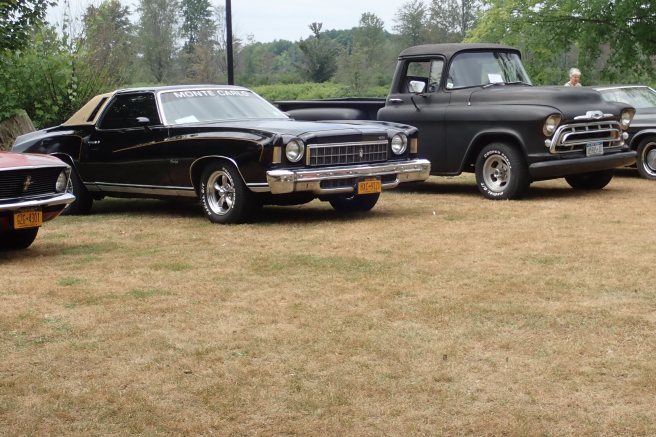 I’ve had a couple of great cars myself – a Dodge Dart (pre-1976: that engine would still be going if the body hadn’t rusted off), a 55 Chevy (with that airplane!) and a car whose make I can’t remember, but it was sporty and fast and lasted more years than anyone guessed it would. When it went, it left me high and dry and I bought an old Lincoln Town Car in a pinch. But that’s more stories than I counted on for a quick post, I’ll end there.

What about you? What cars are you fond of?