My backfield takes on a yellow hue when the Goldenrod comes into bloom, and having learned to blame the correct pollen  – ragweed – for my hay fever, I am unreserved in my welcome of it. Many others are unreserved as well. The yellow that catches my eye catches the attention of many species, and while I do the Goldenrod the good of simply leaving it alone, others do it the good of flying in for a meal and flying out with pollen they’ll spread to other Goldenrod plants.

On a sunny September day, Painted Lady Butterflies, bees, and wasps showed up to feast on the golden plumes. 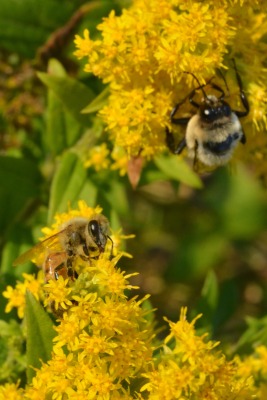 The geese have been restive. All summer I’ve see them occasionally. They head from the swamp next door to the wetlands across the street and beyond the woods. Or they cross in the other direction, over the back field to settle somewhere past those woods. On the last few mornings I’ve noted them more often flying low over the house in pairs or threes. They’ve remained casual in their few calls and in their seemingly random direction of flight. From one day to the next there was no change in urgency, no sense of real departure. Yesterday, on the last of a run of days in the 80s – a heat wave even by a summer measure here – they crossed the sky high up, in formation.

They have shifted into travelers; their calls have become what they become each fall for those they leave behind – the final, genuine, farewell to late summer, the earliest of the signs that will, in sum, lead us to what we will slowly, slowly come to accept: fall is taking its place in the rotation of seasons; winter will follow.

These hot September days are ripening the fall-bearing raspberries. Their canes arch and nod, and many clusters of fruit are partially hidden by leaves. When I’m out picking berries, I have often held a cane at its tip to lift it up for a look underneath – checking for fruit and for bees that might be feeding there. The berry patch has been especially active with bees these sunny days, and I’ve been picking raspberries early in the morning to keep out of the bees’ way.

Today I got a late start: the sun was well up, and the bees were in full swing of feeding. I moved slowly as I picked, and often stopped to photograph the insects I saw. That unhurriedness gave me time to observe where the bees actually do settle on the plants. I learned that our foraging territories don’t overlap at all – they are after a far different harvest. I am looking for the ripest raspberries, they are only interested in the earliest stages of that fruit, just when the blossom has started to turn in on itself in preparation of creating a berry. In the company of these bees, a few hours later in the day makes no difference: there is nothing to fear.

I lifted a nodding cane of raspberry to check for fruit, and found as well a crab spider crouched there, its light-green, almost translucent coloring a perfect complement to the red of the berries. The spider drew back into the berry, and I let the cane nod back down. 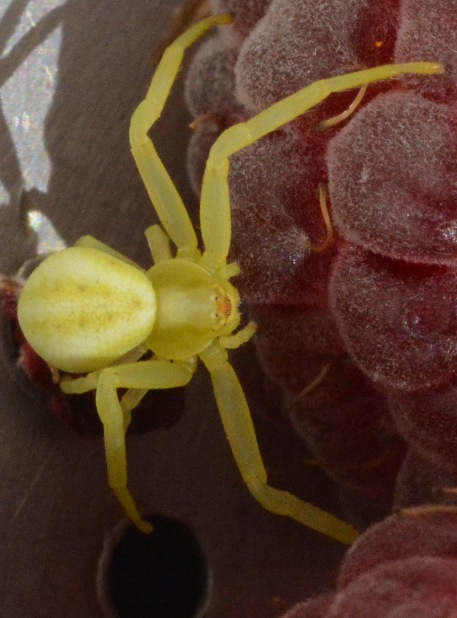 Last year, to the week, I didn’t see the spider until I had the fruit inside. I took her photograph and released her back into the berry patch.

At a local fund-raising event this summer, people lined up with their dogs in the parking lot outside the sports arena for a communal walk. Inside the arena, local craft folks and fund-raising tables were set up. From one long table of plants I selected three dahlia tubers from their cardboard box. They were, as is the way of dahlias, contorted beings that held no outwardly sign of what will come. Planted, the dahlias grew to over five feet in height. There, they unfurled blossom upon blossom. I will return their gift and dig them up to shelter them for another season. 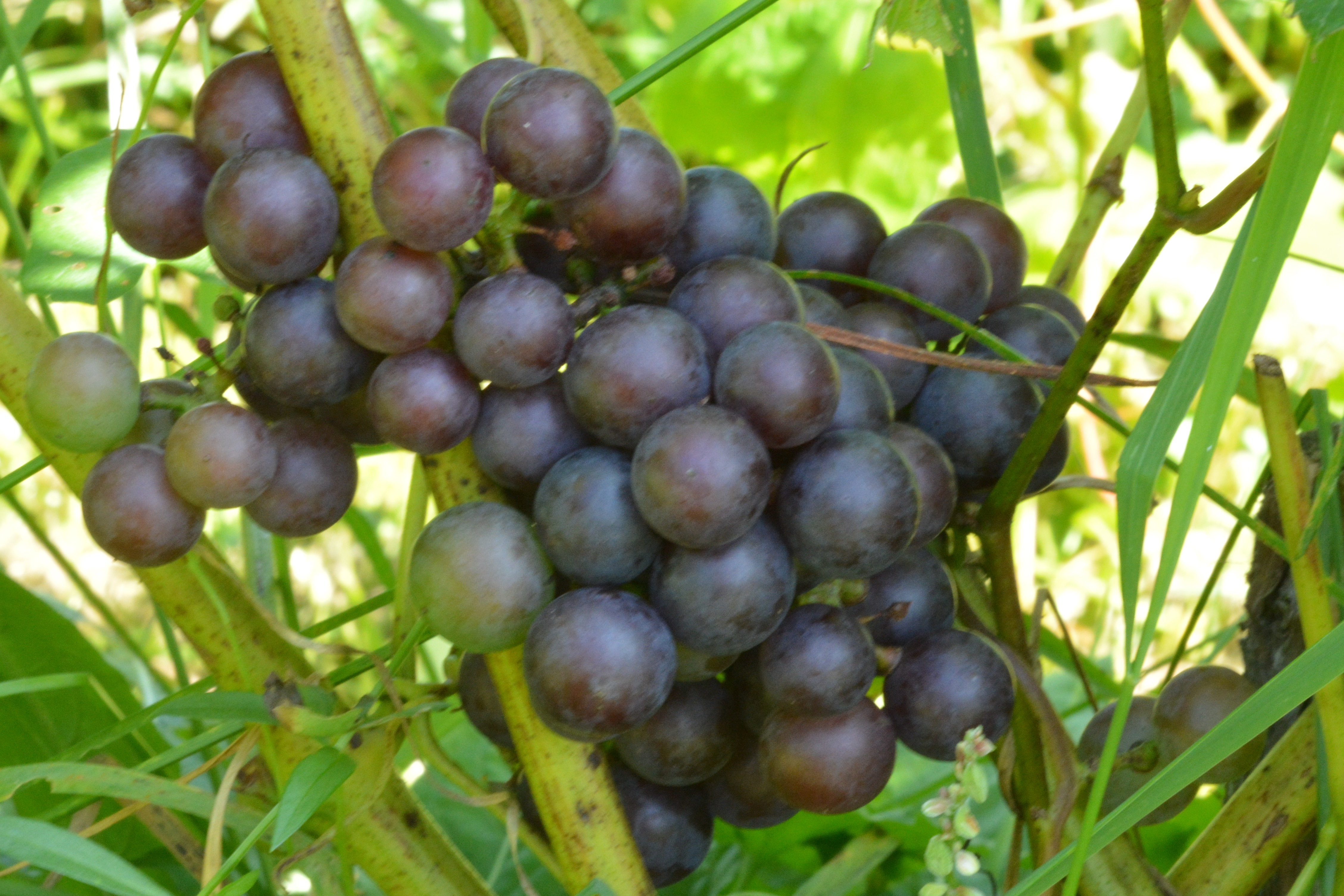 Last night’s light frost held no danger for the gardens; even the dahlias took no notice. By 7:30 in the morning it was only slight water dripping off the roof gutters into the rain barrel, and a puddle of fragile light the shape of the shadow cast by a berm on the far side of the barn. The fall-bearing raspberries, just thinking of coming into ripeness, were untouched, and the grapes offered no signs that they had noticed the chill that in the house had us bringing out blankets and talking about which day we’ll finally turn the heat back on.